Bioinformatics is the application of computer science and information technology to the field of biology and medicine.

This month we provide you with an overview of deal analysis in the life science sectors, covering partnering, M&A and financing in September 2014.

Recent advances in biomarkers, pharmacogenomics, bioinformatics and companion diagnostics have raised opportunities in the emerging field of personalized medicine

This month we are providing you with an overview of deal analysis in the life sciences, covering partnering and M&A in August 2013

Partnering with Bristol-Myers Squibb: String of Pearls approach to partnering

This month we are providing you with an overview of deal analysis in the life sciences, covering partnering and M&A in February 2013

A new dimension to Pharma Partnering

Is togetherness the latest drug? Will touchy feeliness be the answer to the pharmaceutical industry’s crisis of productivity?

Intrexon Corporation has entered into an Exclusive Channel Collaboration with Sanofi Chimie to develop an enhanced production process for a specific family of its marketed Active Pharmaceutical Ingredients through Sanofi’s current manufacturing operations in France.

Astellas Pharma has extended and renewed its license to the GVK BIO SAR Databases (GOSTAR).

The development revolution starts now – at a university near you

Roche says that it will work with the University of Geneva, Geneva University Hospitals and the Swiss Institute of Bioinformatics in the translational research arena– 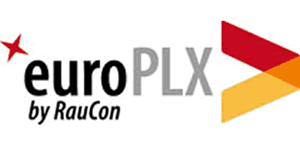