Written by Ryan Flinn for Bloomberg.

Geron is actively talking to interested parties, Scarlett said today during a presentation at the J.P. Morgan Healthcare conference in San Francisco. The Menlo Park, California-based company announced in November it would end its program testing the stem cell therapy in spinal-cord injury patients because of financial reasons. The shares declined the most in 11 years.

“Every company has to make decisions about what they can do, not just what they aspire, or like, to do,” Scarlett said. “Today, more than ever, the resources of every biotechnology company at this conference are very finite.”

The company has two cancer therapies in or beginning the second of three clinical trials generally required for U.S. approval. One treatment, called Imetelstat, is being tested in non-small cell lung cancer, breast cancer, the blood disorder thrombocythemia and multiple myeloma. The second medicine, GRN1005, is being tested against brain metastases stemming from non-small cell lung cancer as well as from breast cancer.

Geron ended 2011 with $150 million in cash, and will spend $65 million this year, Scarlett said, allowing the company to conclude the trials without having to raise additional financing. Results from the studies will start to be available in the fourth quarter, at which point Geron will consider partnerships or mergers and acquisitions to fund further trials, Scarlett said.

“I don’t think we want to take anything off the table,” Scarlett said in an interview. “These are maturing assets, and golly, what are you going to do with those? Well, we’ll see what the results show.”

Last week, Geron announced the hiring of Graham Cooper as chief financial officer. Cooper, 42, held the same position at Orexigen Therapeutics Inc. from 2006 until last year, and prior to that was director of health care investment banking at Deutsche Bank Securities Inc., where he worked on about 50 health care deals, he said in an interview.

Geron closed unchanged at $1.73. The stock has fallen 67 percent in the past 12 months. 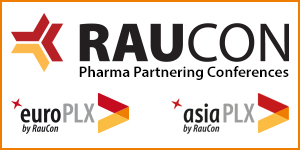